With the advancement of technology today, information can now be accessed easily on the internet through the use of computers or mobile devices. Information like a person's bio-data, recipe on a menu, research works, etc., but there are exceptions. There are information that is not publicized due to certain issues like security or confidentiality that might have a negative impact to those who own such info or to those who are using it if possessed by unauthorized people or organization. But, what caused our world today to give more priority to information's security? What made organizations all over the world to be more vigilant when it comes information dissemination? According to Steven Levy in a video, the answer lies back way before the internet was created. Back when the phone system was still considered the largest network in the world. Also, according to Lewis De Payne in the same video, it is the time when telephone touchtone was the equivalent of computer keyboard today. Where the telephones are exploited by people who knows how to bypass the processes and securities embedded in the telephone system so that they can make free calls anywhere in the world [1]. Where it all started from a hacker named Kevin Mitnick.

I chose to have a research in this person (Kevin Mitnick) because I'm impressed with him. He was able to do something that is not expected by the society during his adolescence years up until his adult years. His actions back then were so dumbfounding and scary at the same time. His exploits echoed throughout the United States where it triggered big organizations and various governments agencies evaluate their security protocols and make necessary changes to protect the information they hold. So the questions are, who really is Kevin Mitnick? How good is his hacking skill that even the considered safeguarded computer system was assessed again to make sure it really is secured from any unauthorized access? And lastly, what are his contributions in our world today in term of information security? 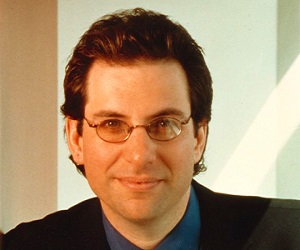 According to the book, "Ghost in the Wires: My Adventures as the World's Most Wanted Hacker" which Kevin Mitnick himself and William L. Simon authored in 2011, Kevin Mitnick was once known as the most wanted hacker in the world. During the late 1970s to early 1990s, his escapades were about breaking into computers and network systems of different establishments owned by private companies and gaining unauthorized access to it because he was too curious about the way computer system works. However, this led him to trouble because his actions are deemed illegal and not tolerated by the authorities. Later on, he was arrested for these crimes and was sentenced to serve in federal prison [2]. But, let us put ourselves in the shoe of Kevin Mitnick, let us understand the reason why he did it and also let us take into consideration why his actions were left unattended from the very start of his so-called escapades. In his online article "Hacker for the Hell of It: The Adventures of Kevin Mitnick", James Gots mentioned that Kevin Mitnick started his escapades when he was still 13 years old. Though still young, Mitnick was already skillful in social engineering and also the one they call dumpster diving to get information on how the Los Angeles bus system works [3]. As defined by the website www.webroot.com, Social Engineering is the art of manipulating people so they give up confidential information. Dumpster Diving on the hand as defined by the website searchsecurity.techtarget.com is a technique used to retrieve information that could be used to carry out an attack on a computer network.

According to Mitnick and Simon (2011), Nobody batted an eye when he was so curious about it because no one is expecting that a child like him have the ability to outsmart the people who created the bus system by bypassing it and using the information he collected to have free ride on those buses, whether if it is going to school or just going where the bus goes [2]. Well, if you were to ask me what I am doing during my adolescence years, well let's just say I'm busy doing home works and playing with my friends. If I compared myself to Kevin Mitnick, we're in a different league and he's very much on top of it. Anyway, through the years of his escapades, he gained so much knowledge and became an expert in hacking computer systems, and the reason why he hacks computer systems according to Kevin Mitnick himself in the video "I Am Rebel – Phreaks and Geeks" is that he was intellectually challenged by technology and there's a lot of knowledge to be gained by getting into that system without having the need for authorization to access the information or the software [1].

So there you go, he already spilled the beans on why he did those things. Maybe in his mind, carrying out those hacking activities outweighs the troubles he might get due to unauthorized access of intellectual properties of other people or organization. Of course, he was sentenced and was imprisoned for some years but after that, he changed his way and started making things right by helping organizations conduct seminars and training to help them protect their computer systems.

Influence of Kevin Mitnick in our world today

I think if it weren't for Kevin Mitnick, cyber security is still weak or still have many flaws that can be exploited by computer hackers up until this day. His escapades back then instilled fear to organizations that it made them more vigilant when giving access to people in their information. Numerous application programs and security measures were then created to cater the needs of private companies or government agencies with regard to protecting their data or information. Also, His experience in breaking into different computer systems are now being used as a basis for other cyber security experts to understand how computer hackers perform their illegal activities and how they exploit loopholes in a computer system. Kevin Mitnick himself established his own security consulting company, according to his website mitnicksecurity.com, he and his team "The Global Ghost Team" are hired by companies to use the current technology and knowledge to provide unparalleled analysis of and insight into the securities and vulnerabilities of a computer system of different organizations [4]. 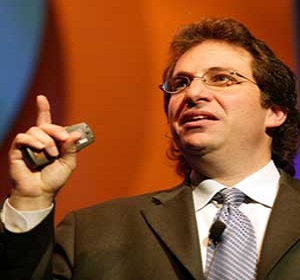 Despite all the illegal activities he did before, I think he doing a great job now to help organization repel this kind of attacks to their computer systems. And I think he is doing really well at it. Of course, his presence in the cyber world as a cyber-security consultant does not mean that computer hackers out there would just let him hinder them in their hacking activities. There will still be someone or some criminal organization out there that will always penetrate the security of a computer system in a company. There reasons? Mostly, to steal information and sell their trade secrets to rival companies, while others, they just penetrate those securities to test their skills in hacking. But the mere fact that Kevin Mitnick's influence over cyber security in the whole world is given an importance, it creates a domino effect to encourage people like me to become more vigilant about the way I share my information with the public. Being able to understand the risk of becoming a victim of these hacking activities not only increases the chance of securing the information we dear kept but we may also help other people or the organization we are involved in as well.

Lastly, Kevin Mitnick became the catalyst for lawmakers to amend the law about cyber-crimes. If not for him, the law will still be vague as to what scope it really has and what punishments will be bestowed to the people who perform these hacking activities. As mentioned in an online article back when he was still in jail, even though he pleaded guilty and sentenced for his crimes [5], his friends and supporters think that he was punished unlawfully and that the gravity of his sentence was just made up [6], because there was lack of actual evidence that may prove that the companies he hacked before really did incur big losses [7]. So from then on, the law was amended and later became the basis to amend the laws of other countries in the world with regard to cyber-crime.

Kevin Mitnick’s story is awe inspiring, although at first, I didn’t quite get why he was named the most wanted hacker in the world but now I know, it’s all because of how he started it all and the severity of the crimes he did when he was still young. He may have done lots of bad things in the past, but he redeemed himself and now helping different organizations as well as government agencies all over the world to enhance the security of their information. To me, he is someone who has a talent that could change the cyber world. Yes, with his skill and the current technology today, one cannot deny that he can become the most powerful man in the cyber world if he only wants to. His story inspired me to become a cyber-security analyst too. I want to help the general public understand the meaning of information security and why it is very important nowadays in our society. No one wants their information to be used or accessed by someone who they don’t know especially if that someone has the intention of using that information he/she gained from someone for his fraudulent actions. It will be difficult to stop all these illegal activities but taking an action to prevent these kinds of thing makes a difference than doing nothing at all. So let’s get involve and start making a difference now before it’s already too late.